Last September this was one of my must-see species on my Yellowstone trip...and I managed to find some and get a few photos but not nearly as many as I would have liked.

So they were high up on the must-see list for this trip to the Tetons & Yellowstone.  I found one up on the Beartooth but he took one look at the crazy girl hanging out the car window and screaming "STOP THE CAR"  "IT"S A PIKA"  "PIKA, PIKA, PIKA" and he disappeared and didn't return.  I was excited.  I may not have controlled that excitement very well.

Thanks to my friend Dave, I had another opportunity.  We went to a known location and searched the rock piles and he found a few within minutes.  Then he acted as my spotter and was trying to help me follow them around with the 500mm.  Not the easiest task for either of us....these little guys are fast!!! In the end I got the photos I'd envisioned in my head and it wouldn't have happened without Dave.

Wiki Info:
As they live in the high and cooler mountain regions, they are very sensitive to high temperatures, and are considered to be one of the best early warning systems for detecting global warming in the western United States. Pikas can die in six hours when exposed to temperatures above 25.5°C (77.9°F) if individuals cannot find refuge from heat. In warmer environments, such as during midday sun and at lower elevation limits, pikas typically become inactive and withdraw into cooler talus openings. 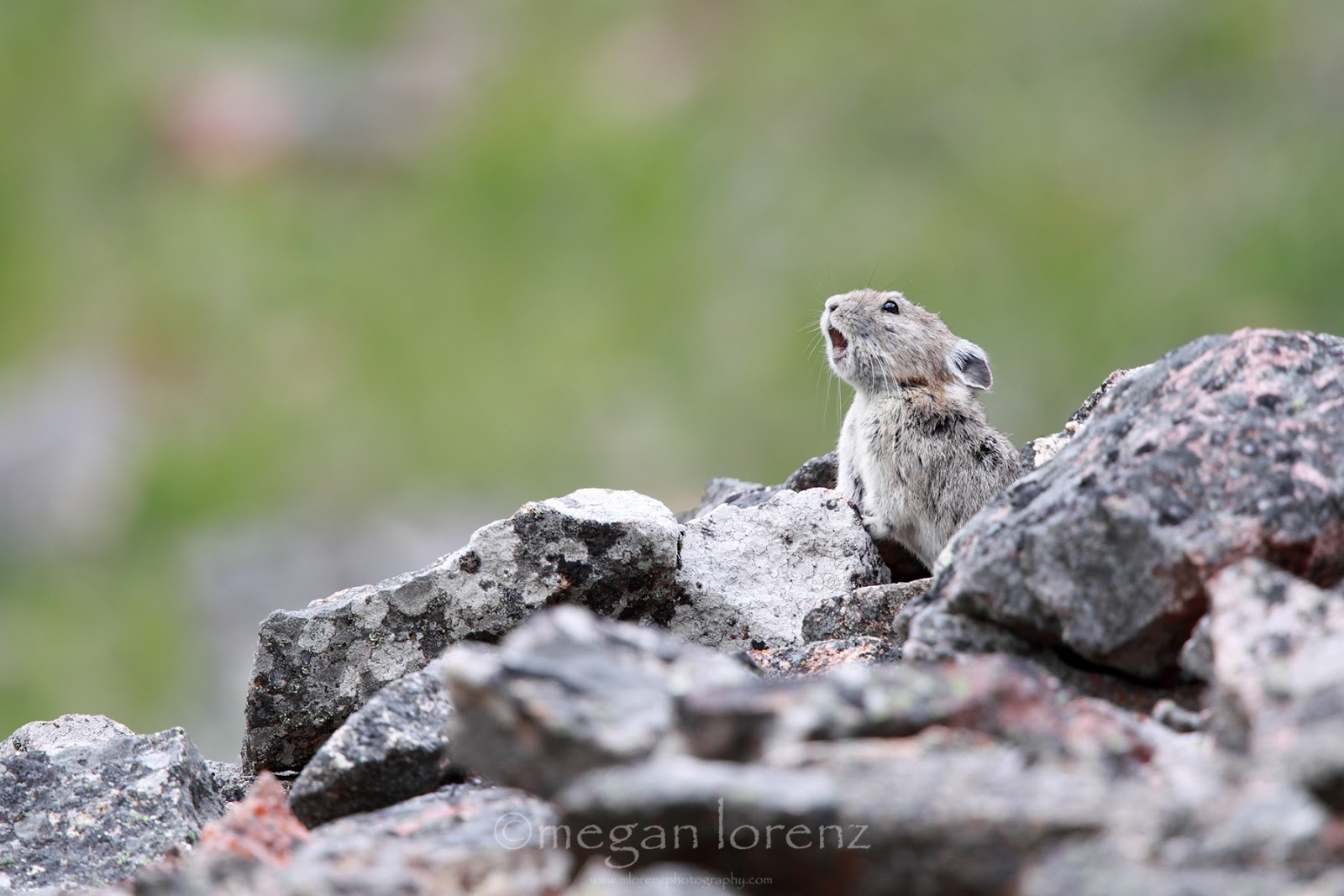